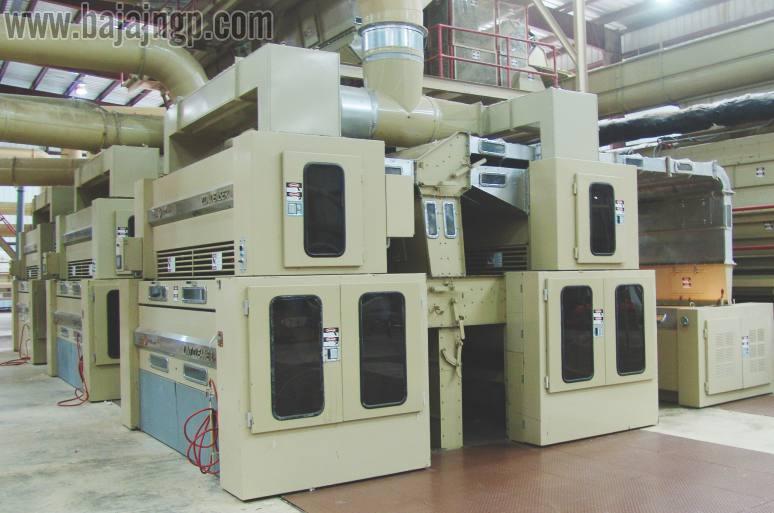 on the ducts provide air balance.

Major components of the lint cleaner base assembly consist of three feed rollers, a feed bar, eight cleaning grid bars, a saw cylinder and the doffing brush. Adjustments are provided for maintaining proper position of the components.

The BAJAJ CONEAGLE Golden Eagle 24-D’s are easily installed in single unit or tandem arrangements behind any gin stand and will more than meet every challenge. Valve configuration allows use of either, neither or both lint cleaners.

Trash and mote particles thrown to the outside edge of the cotton by centrifugal force are stripped by the cleaning grid bars. The saw carries the cotton to the doffing point where it is removed by the brush. The brush also generates air flow to help convey the lint.