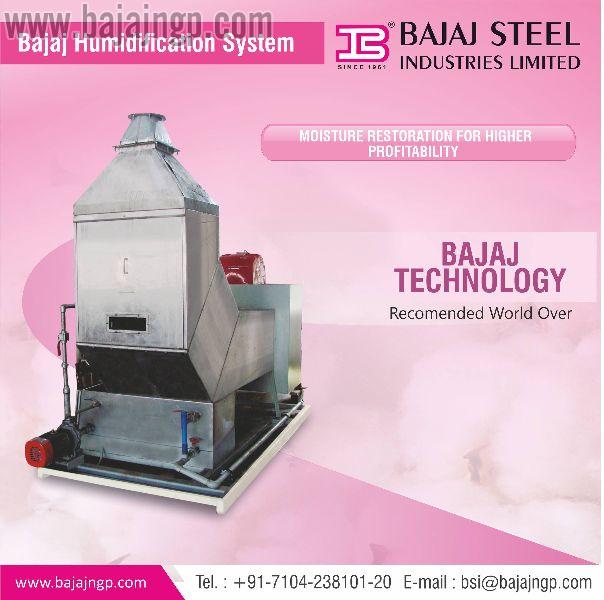 The lint slide grid is used to humidify lint as it passes down the lint slide to the baling press. It is composed of stainless steel crosspieces (slats) which overlap to form louver-like openings. Humid air, introduced through the floor of the lint slide beneath the grid, issues from these openings and passes upward through the batt of lint, adding moisture to it. The overlapping arrangement of the slats helps to push the lint down the slide as the lint floats on this bed of humid air and prevents the accumulation of pin trash beneath the grid.