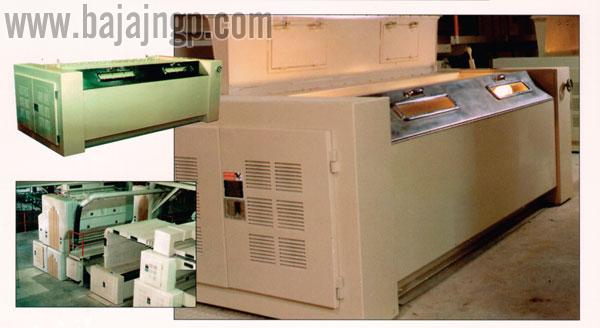 The Centrifugal Lint Cleaner is a flow-through (air-jet type) lint cleaner. Ginned lint is conveyed by air into the cleaner through a constricting duct at a relatively high velocity.

Air and cotton moving through the inlet duct make an abrupt change in direction as they pass across an adjustable mote opening. The heavier trash is ejected through the operating by inertial forces while lint is carried through the cleaner by the airstream.

The amount of trash removed is controlled by the size of the adjustable mote opening. This opening can be adjusted during operation by a handwheel on the exterior of the machine. An external graduated scale having numbers 0 through 10 provides an adjustment reference point. Ejection of trash can be observed through a window on each end or through the door on the front. In the event of a tag forming in the constricting duct, a lever is provided on top of the cleaner to quickly move the mote opening to the full open position.